When mounting the camera on the motorbike and using the time lapse mode to take photos, you get mostly throwaway shots but there are always some good ones in between.
No comments:

Working in the Garden


It's not exactly what I wanted but close, need to experiment a bit more and maybe see is a better way to steady the camera.
No comments: 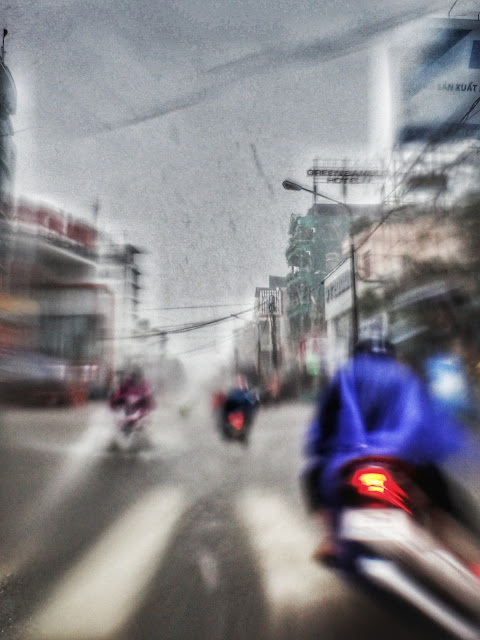 Leaving Da Nang this morning the weather was overcast and a bit cool but pleasant to drive, after Lang Co however it started to rain. 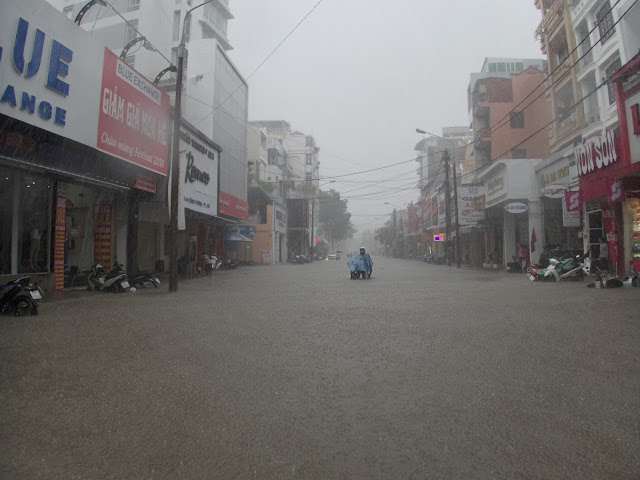 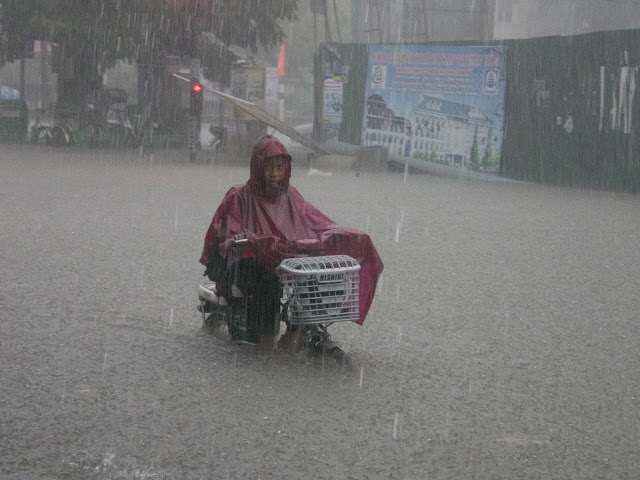 First light rain, then stronger the closer I got to Hue and once I arrived in Hue, it was pouring and water flowing down the streets. 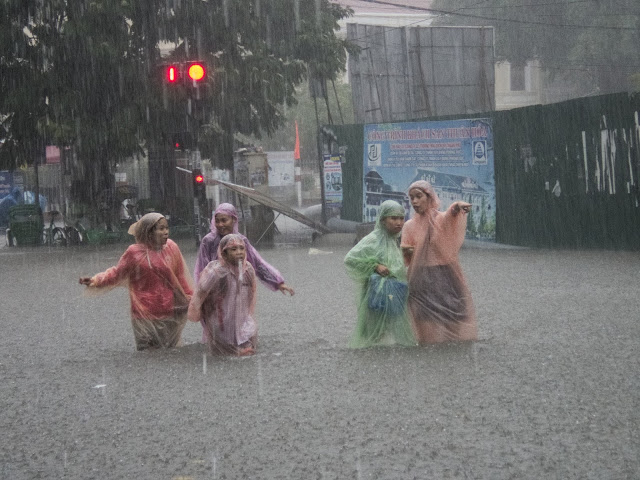 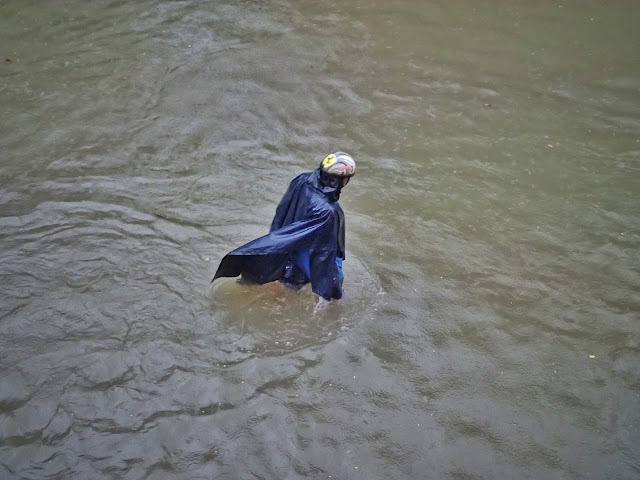 This meant only one thing, the street near my coffee shop would be completely flooded again. 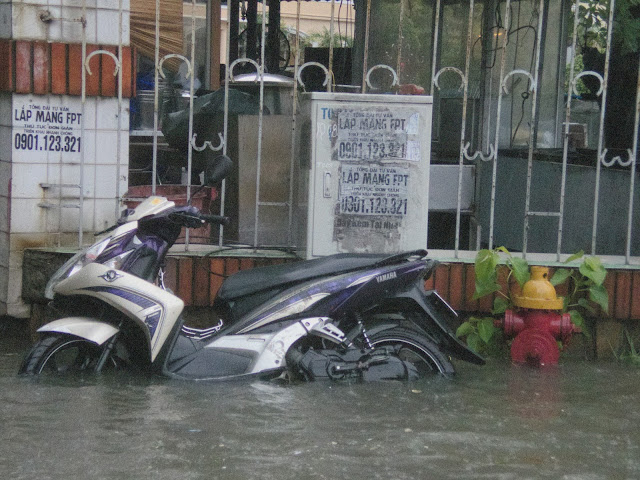 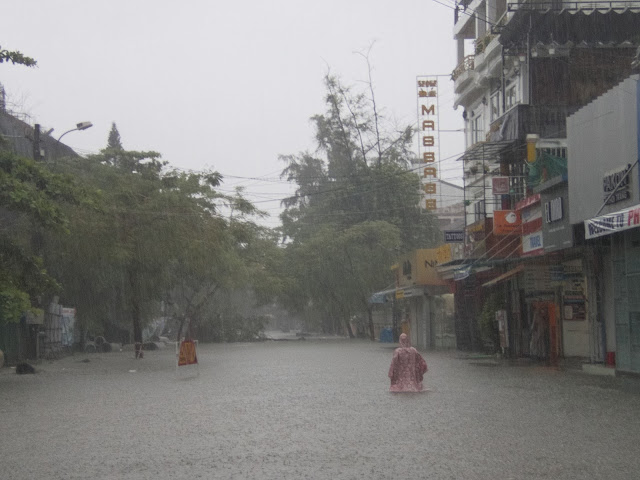 Despite the recent works on the drainage and canal system, the rain caused flooding everywhere in Hue that lasted till late in the evening. 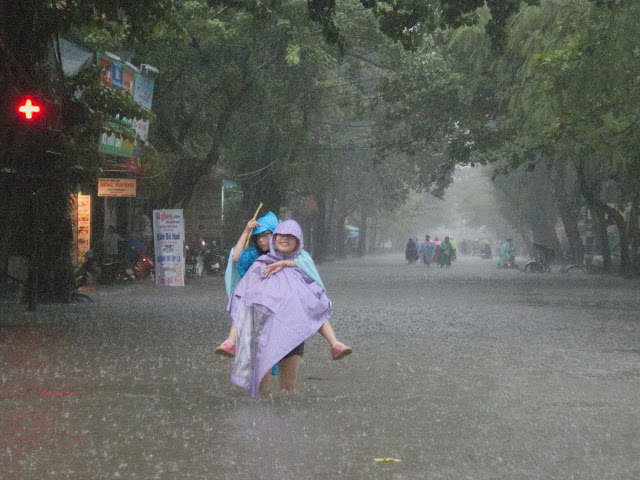 But as it always goes with these things, people took it with a smile and were generally just dealing with it and making jokes in between. 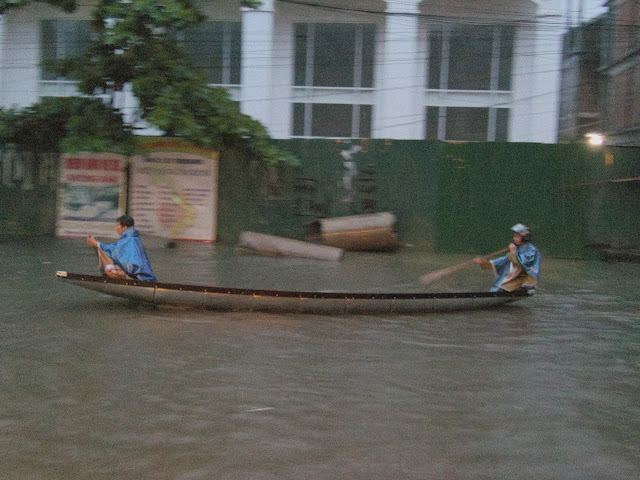 Some long exposure street photography for a change and because it was fun to try.
No comments:

The 'Road' to Da Nang 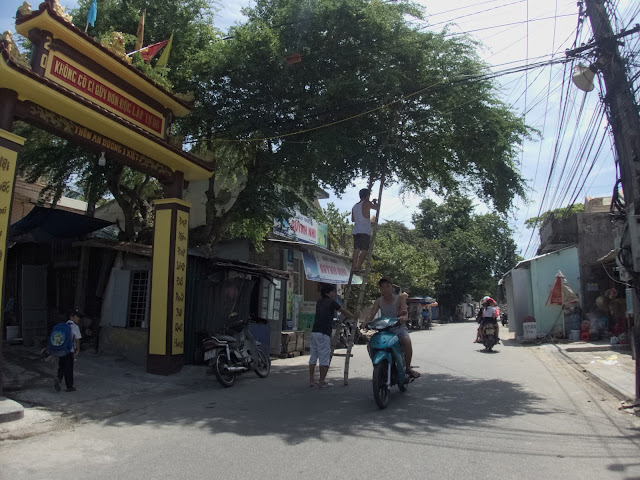 I've been driving between Hue and Da Nang more times than I can count by now so I'm always on the lookout for another road I can take to explore the area more. 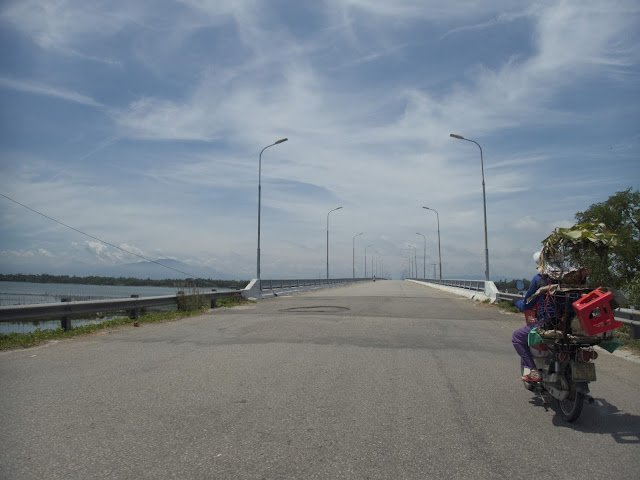 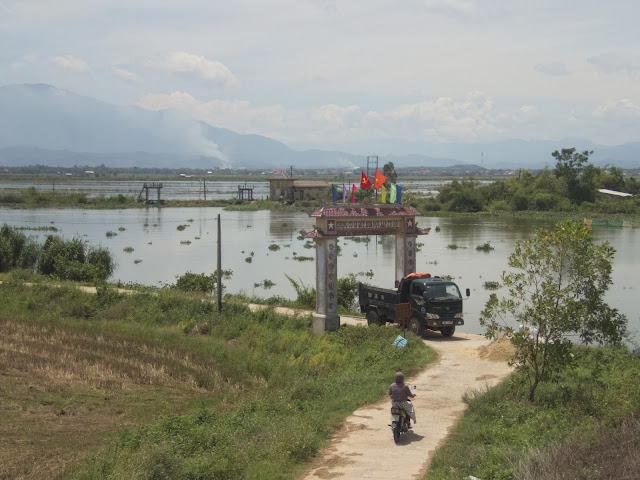 It came as a surprise when Microsoft Maps and Maps.Me showed me a new road to Da Nang leading through the mountains. 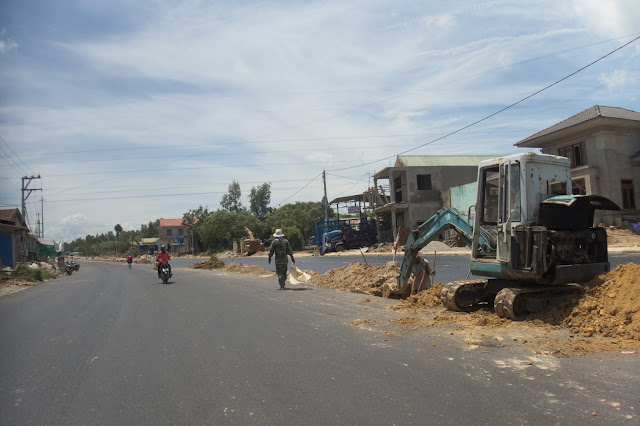 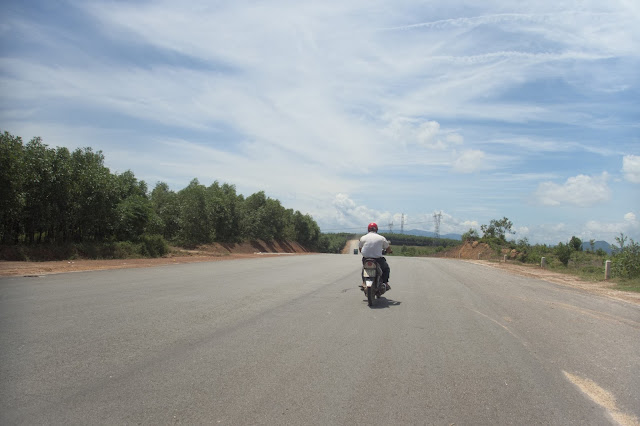 The road was not on Google Maps but since this is Vietnam and no mapping solution is 100% accurate I decided to see if the road exists and in what shape it is. 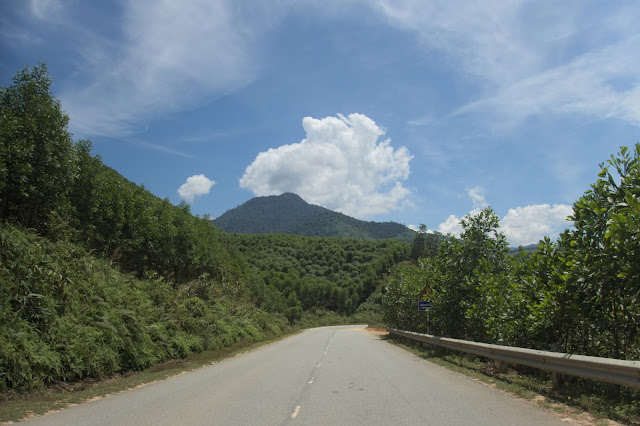 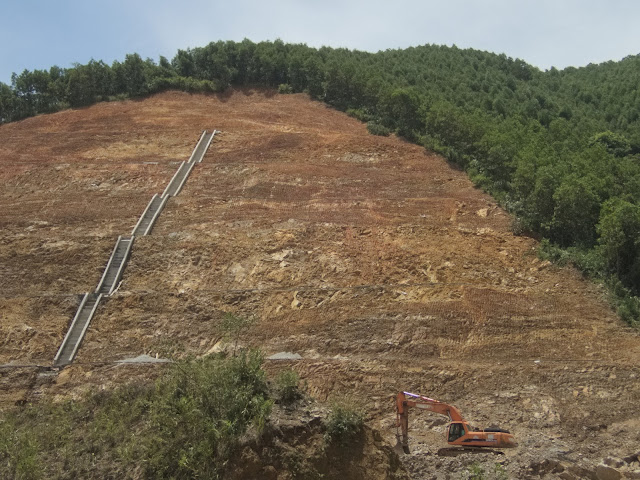 I had plenty of time to get back to Da Nang so I decided to first head to Thuan An beach, follow the road there for a round trip back to Phu Bai Town and after a short stint on the boring AH1 road turn off towards Khe Tre. 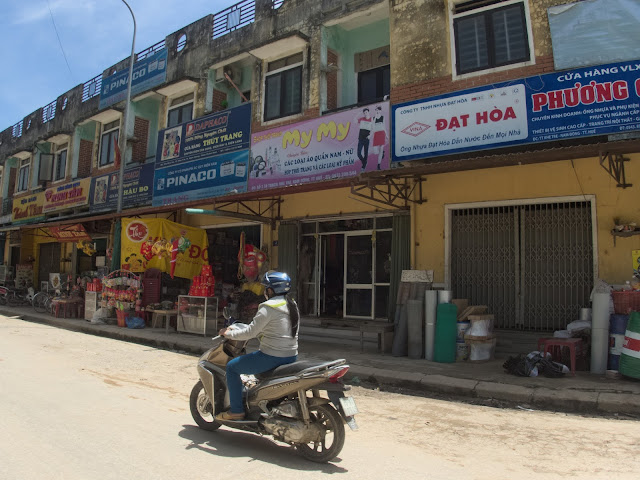 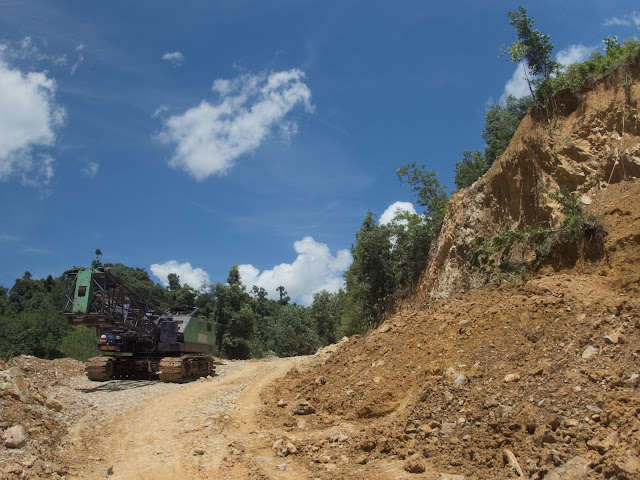 Up until Khe Tre the road was pretty good, some roadworks near the road but it was paved and not much traffic on it. 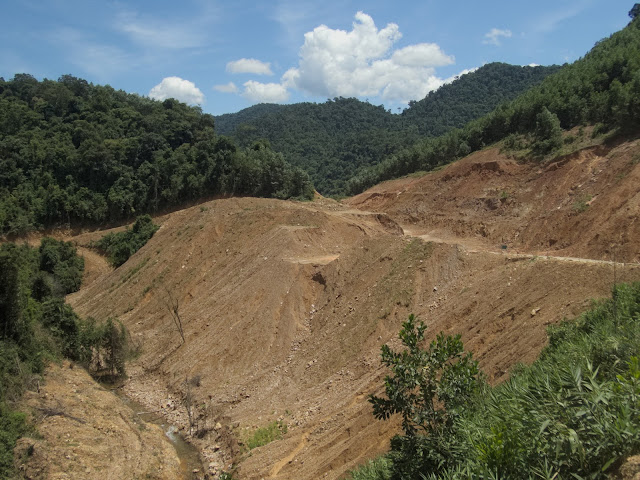 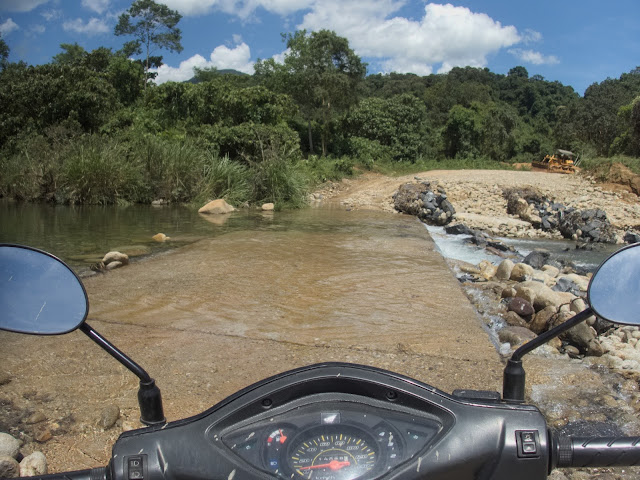 As soon as I left Khe Tre behind and started the journey across the mountains the road started to deteriorate. First here were just a few potholes, then more potholes until finally the road ended. 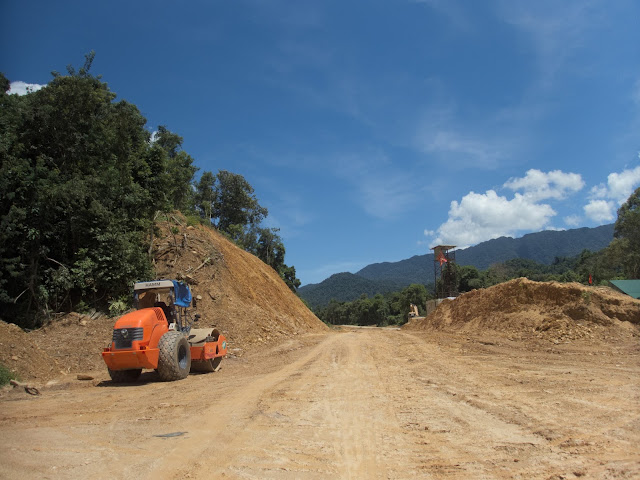 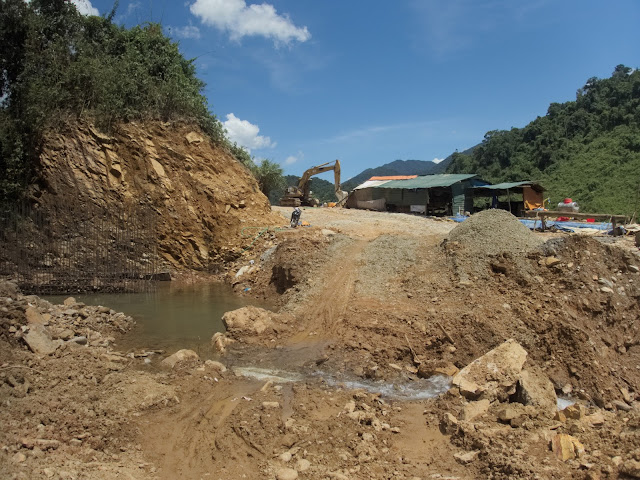 In it's place was a dirt track or 'road under construction' full of rocks, rivers, streams, mud and lots of dirt. In other words great fun but very difficult to drive at the same time.
I lost count how many small rivers and streams I did drive through, how many rocks hit the underside of the bike and how much mud ended up on both me and the bike. 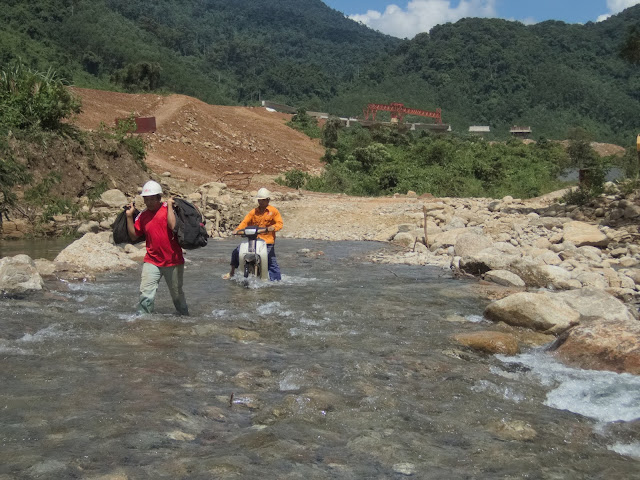 After having a flat tire in the middle of nowhere I was lucky enough to find a workers village where they had a pump to at least get some air in the tire, even if it still wasn't fixed but it did manage to get me back all the way.

Well, 6h (for the 160km), a flat tire (including pushing the motorbike for 2km in the midday heat), a dirty motorbike and shoes to match later, I arrived in Da Nang. 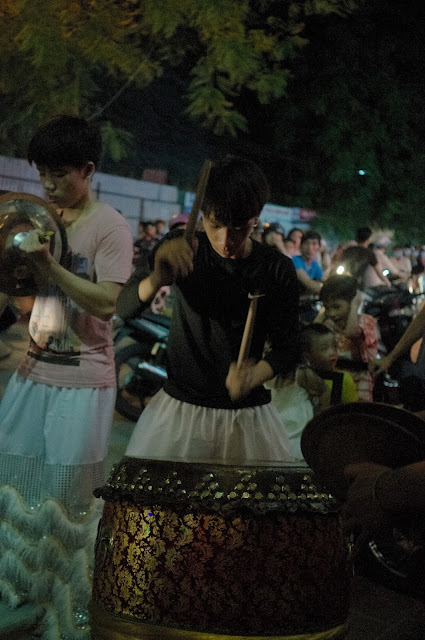 Drumming, traffic jams and teenagers driving on fully loaded trucks around. This can mean only one thing. It's mid-autumn festival time again. 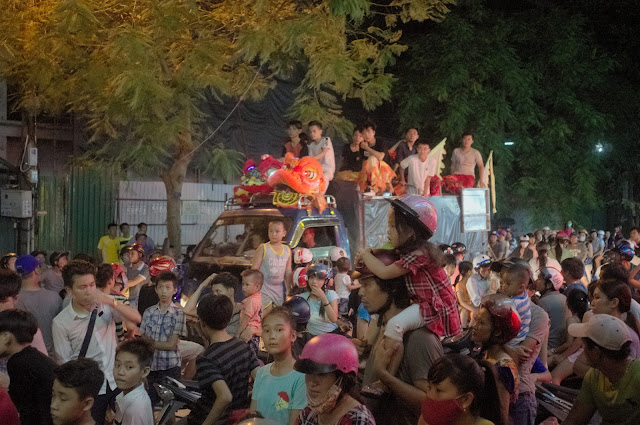 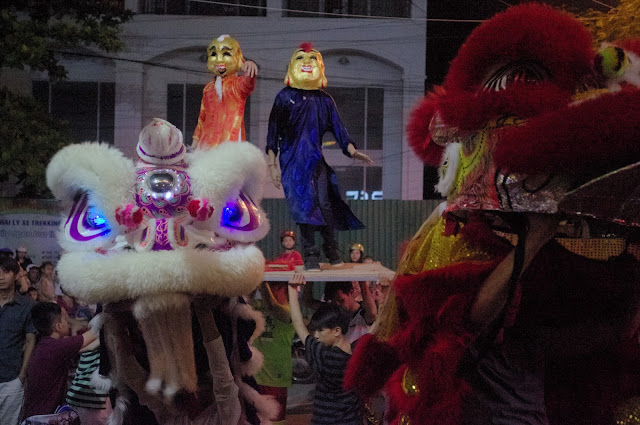 It is fun and exciting, the kids certainly love it and even adults like to stop and see the different lion dance performances. 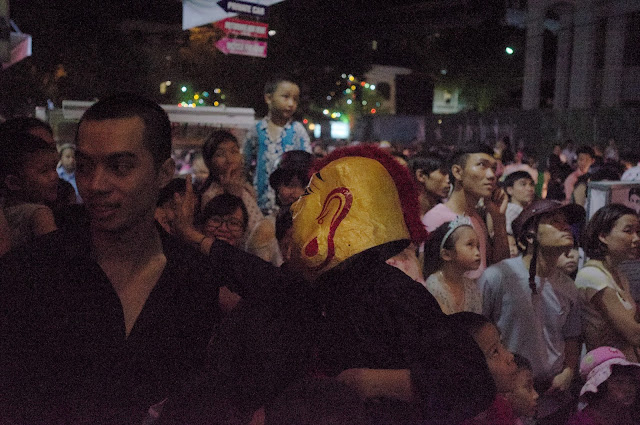 There are quite a lot of different performance groups with various size, skill and entertainment factor. No matter which groups you end up seeing, it's always worth it and very entertaining. 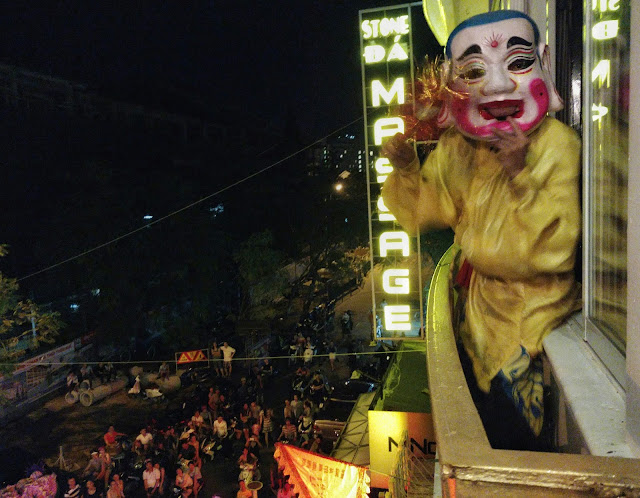 All photos (except the last one) have been taken with the GXR A12 mount and GR lens, the last one is a Moto X Play photo.
No comments:

Swimming Under a Stormy Sky