Not sure how many still read and follow this blog instead of my new one but here it is, if you want to check out my books this is your chance.

Since most are stuck at home at the moment, I will make both my books available for everyone.

You can use the links below to download the books for free or if you want use the Blurb link to get a printed copy or the Donate link if you want to give something for the books.

Enjoy the books and keep safe everyone! 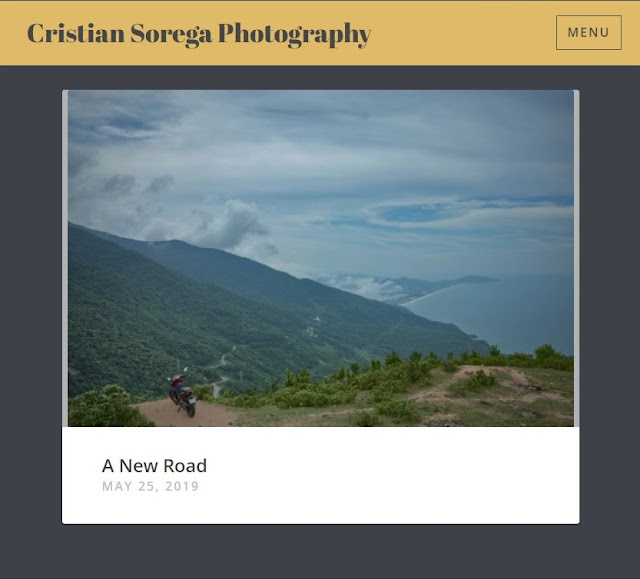 When one road ends, look for another one to continue going forward.

After a bit of (maybe more than a bit) deliberation, I decided to start a new blog on WordPress and see where it leads.

If you're still following this blog, I hope you'll continue following me on the new blog here: Cristian Sorega Photography

While there's not much content on there right now, more articles and photos will come in the next days and weeks.

My new blog is taking some time to get in full swing thanks to a new venture with motorbikes and travel and also some photography. My new business Just Bikes, took a bit of my time recently. You can have a look at it here.
5 comments:

Email ThisBlogThis!Share to TwitterShare to FacebookShare to Pinterest
Labels: news

End of the Road? 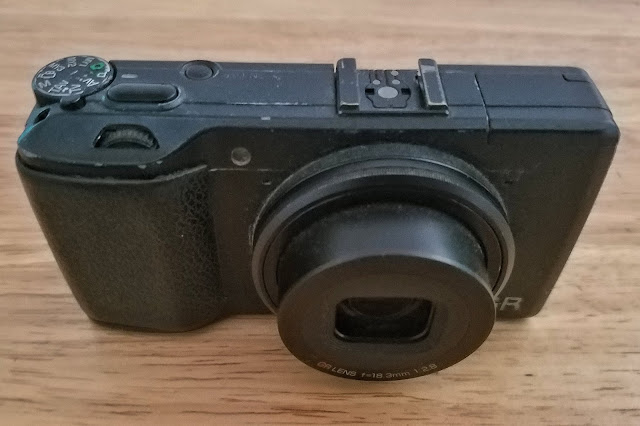 It's been very quiet on this blog for the past year and a bit, I planned some updates but somehow never got the right inspiration or motivation to post again.

You might have noticed some photos being posted automatically from Instagram but I didn't like these posts and it wasn't what I had in mind for this blog. I've since removed them to clean the blog up a bit. 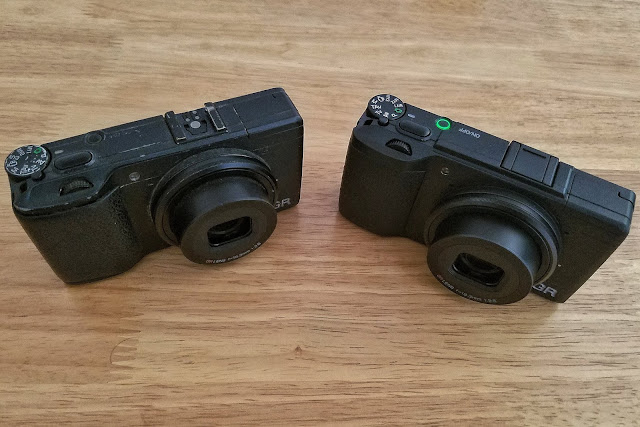 So what happened in the last year?
Well, after 6 years of use and abuse during my travels, my trusty Ricoh GR died.

Way before it died, the sensor was full of dust, the handgrip rubber came lose and the adjust switch broke. Towards the end, the lens had problems retracting and the shutter blades became stuck until after the first shutter actuation. One morning, i=the lens barrel just got stuck and now it can't retract anymore or open the shutter.
I sent the camera to Ricoh but unfortunately it wasn't possible to revive it so now it serves as decoration. 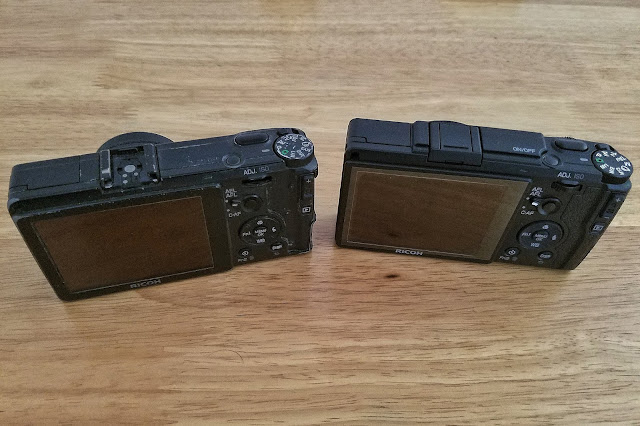 I've been looking for a while to get a proper replacement for it though.
There was the obvious choice of the Ricoh GR II but also choices like the Fuji XF10 or a Sony RX100, even the Nokia 9 at some point.

After Ricoh announced the GR III, I thought the choice would be easy.

The GR III looked like a great camera and quite a change and improvement from my old Ricoh GR. 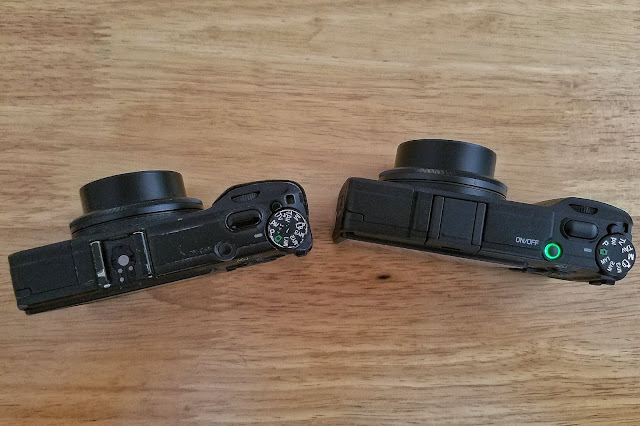 Still, I wasn't very keen on the changes Ricoh made to the to the controls (removing the EV compensation toggle is the worst decision they could have made), nor the very high price or some of the reported problems with it.

The new sensor looks great though and  IS is a nice addition and should also help with dust. While I couldn't care less about losing the flash, I also don't really care about the touch screen or the smaller size it brings (given the previous GR cameras were already small enough).

There is still no weather sealing, still no flip up screen and the controls seem to have gone backwards (although I didn't actually get to shoot with one). This all is disappointing but the main issue for me was simply the lack of compatibility with the old 21mm adapter lens. Given the already high price of the GR III, I didn't feel like spending yet more money for the new hood and adapter.

So instead of buying a Ricoh GR III, I decided to get the older GR II (as you might have guessed by looking at the photos). I would have been equally happy with a new GR I but it wasn't available anymore. 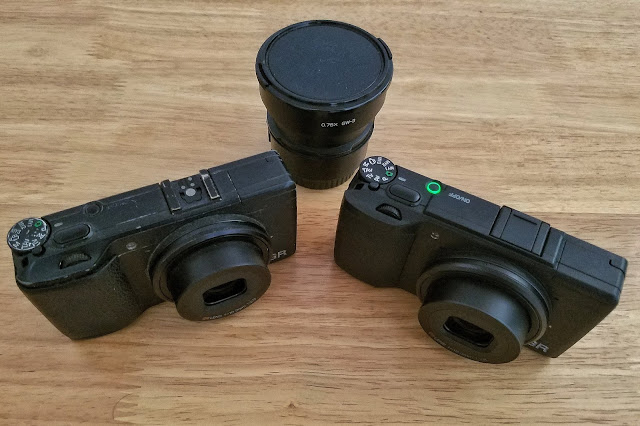 So, where do I go from here? Do I start the "One Day, One Photo" project again, do I keep this blog running or stop completely?

Well, after a year or going back and forth about what to do I am still not sure. I kind of miss keeping a blog and posting photos and it was also nice to have a reason to go out and take a photo every day.

Taking a photos and updating this blog became a big part of my life during the 10 years, I've been doing it but  felt that the quality of my photos started dropping and my posts became less and less relevant.
I also feel that Blogger as a platform just isn't good enough anymore, despite it being simple enough to use, I just can't find any theme I actually like to use.

I have looked at moving to Wordpress in the past, only to come back, but I feel their interface has improved enough and it allows me to do more with my blog.

So for now, this will be the last post on this blog. Maybe not surprising and I am not sure how many still follow this blog or check on it after the long break.

I will look for a new beginning and a different format, one that focuses more on stories and content, not just on random photos every day. For that, I might use my Instagram account instead as it's easier to post simple photos (despite the stupid restrictions on portrait sizes).

Again, thanks to all of you who have or still are following this blog and to all the friends, I've made through this blog!
Hope you'll follow the next project when it's finished (I'll post a link and announcement here).
3 comments: 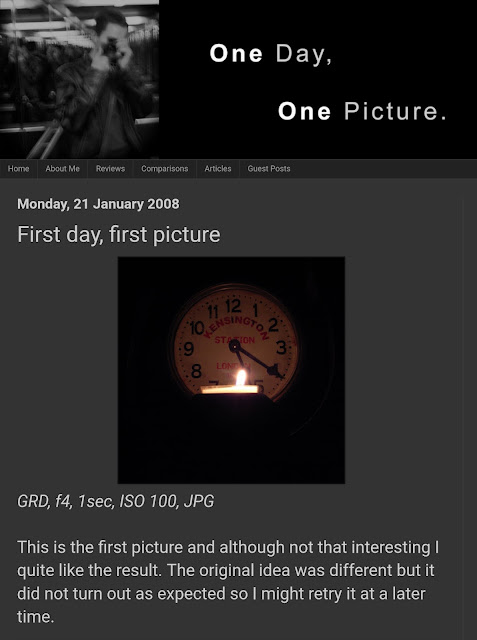 This is how it all started 10 years ago, can't believe it's been 10 years already.

What started off as a small diary project grew quite big with reviews and articles, although it's been back to just photos recently.

My cameras have changed somewhat but I still have the original GRD I from 10 years ago and it's working fine still.

Time flies and I can't believe I kept this blog up for 10 years. I didn't think it would last more than 10 days when I started it.

Where to next is something I am not sure about but I have a few ideas and there will be some announcements here soon.

For now I want to thank all who follow this blog and especially to those who have followed it from the beginning.
This wouldn't have been possible without you. Also a big thanks to Ricoh for their support over the years.

I hope you enjoyed and still enjoy my blog and the photos.
6 comments:

City in the Mist