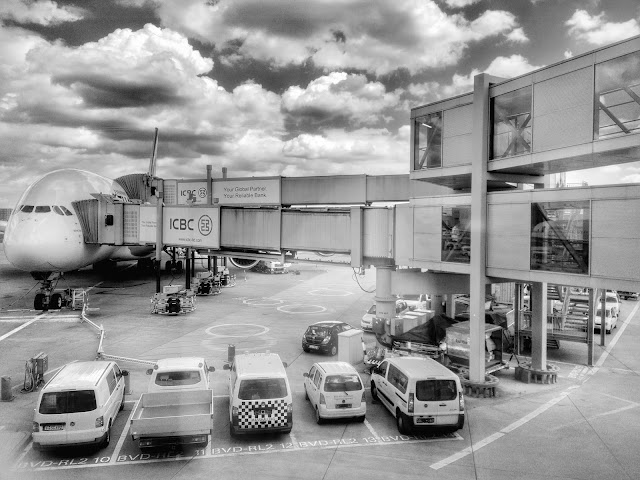 One year ago, I posted this photo with the title 'Leaving on a Jet Plane'. This was the time when I decided to say goodbye to my life in London and move into the unknown.

People called me crazy for leaving a good job, friends and family in order to move halfway around the world to start over. I didn't even have much of a plan (as usual, since I don't like planning) other than see what happens and maybe be successful opening a coffee shop or similar.

What I wanted most was change though, the thought of doing something new was exciting and it was also an opportunity to see what I can do in a new country.
Sure, I've been travelling through Vietnam before, I had friends there and knew a bit about the country and culture. Still, there is a big difference between travelling to a country as a tourist and living in a country.

Now, one year later a lot of things have happened. It's been as exciting and interesting as I hoped, sure, not everything went smoothly but I can say that I have achieved more than I expected in this time. 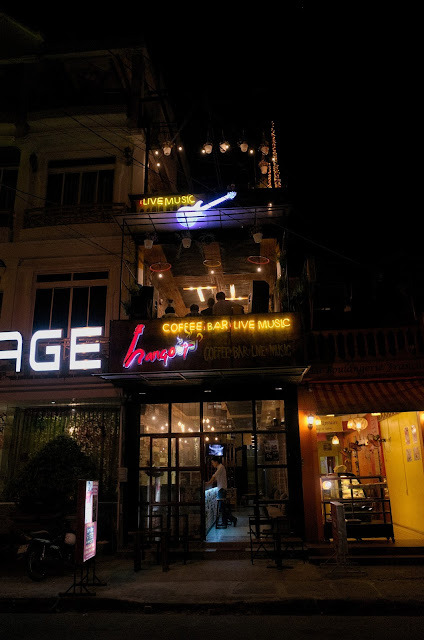 This is a photo of my coffee shop, Hangout Coffee & Bar in Hue. My idea was to open something small and simple but things turn out different at times. It is much bigger than I expected, it is not complicated but it required a few changes along the way.

In less than one year, I managed to open a coffee shop, bar and live music place in a new country. It wasn't always easy and it ended up costing more than I expected but it was worth it. At the same time it would not have been possible without 'a little help from my friends' (you know who you are so THANK YOU!!).

Looking back at this, I would do it again because it's been a great experience and at least I have something I can show and be proud of. It certainly beats being in front of a computer 8h a day and having nothing real to show for (not that this wasn't fun or paid well).

Not many people were impressed with my idea to open a coffee shop in Vietnam, much less in a city full of coffee shops. Still, sometimes it's worth doing what you think is right even if nobody agrees.

The coffee shop opened on the 1st of December after some delays and after just over half a year it is successful in all areas that matter. It's #4 of all coffee shops in Hue on TripAdvisor, it has been rated one of the top places for live music and for best views in Hue on Foody.vn, has great reviews on Facebook and Google, and it's the only place in Hue for daily life music with different bands.

It hasn't always been easy and at times it feels best to just sell everything and start travelling again but then I realize that I'm almost at a point where I can travel again while still having the coffee shop.

While I never expected to also be teaching, I did start teaching and love it. At first it was just to keep myself occupied but it's great to work with the students and it's a job that's highly appreciated here.

So, it's been a long post but it's been also an eventful year and this post just barely scratches the surface.

If you take one thing away from this post is that you should always follow your dreams and everything will work out, another thing is that friends are always important and good friends make life a lot easier.

Lights on the Water

Dusk over the Bay 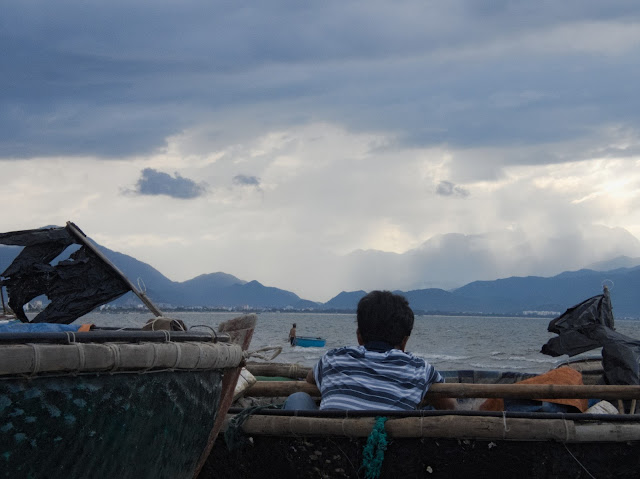 Da nang has one beach in the North in Da Nang bay and one in the East. The latter being more for tourists as it's cleaner, whereas the North beach is more for locals and also partly a working beach. 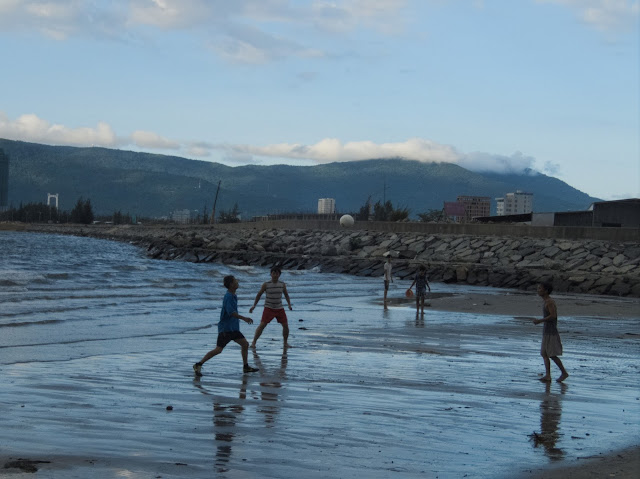 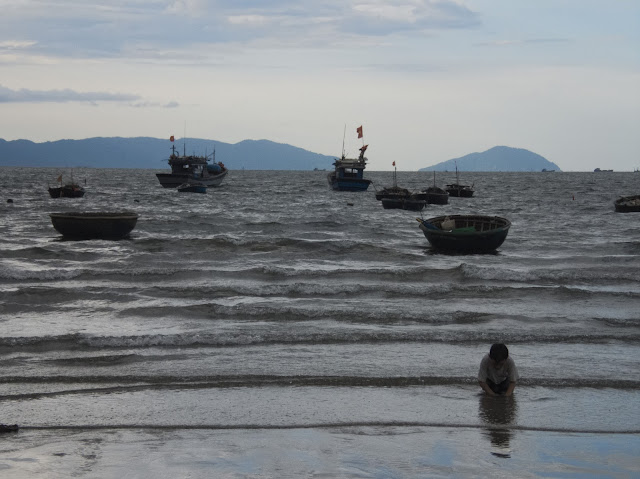 It is also the more interesting beach and the one with more character if you ask me. 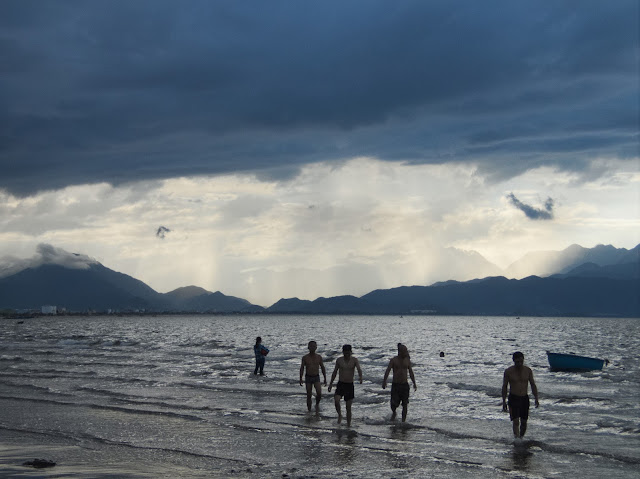 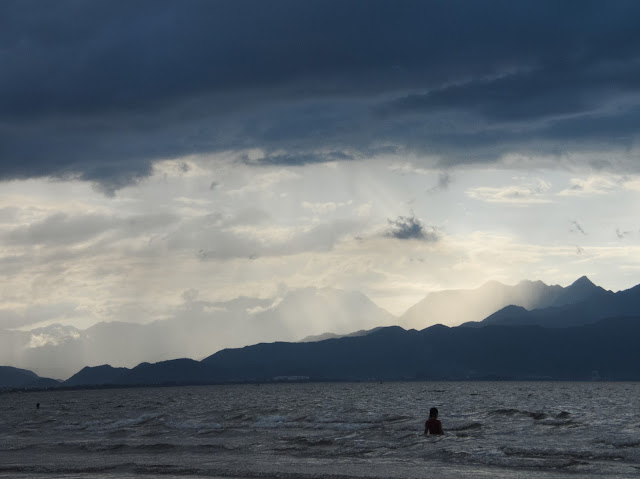 Instead of seeing tourists, you see locals swimming, playing football and having fun. 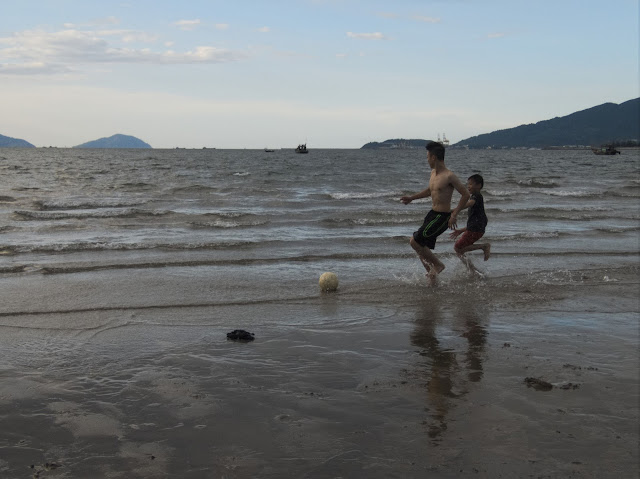 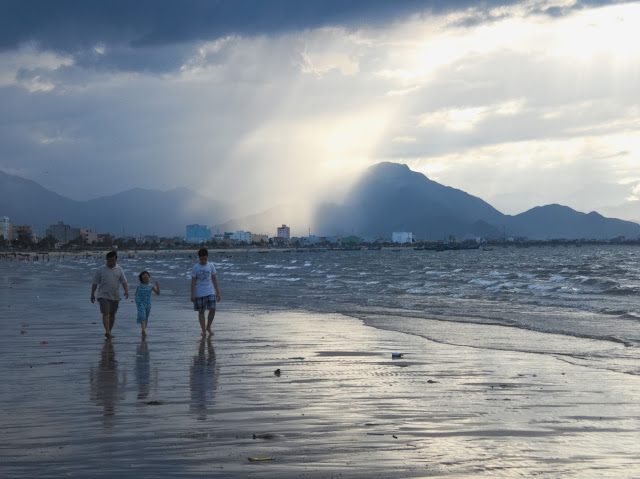 While I'm not a beach person, I do enjoy being in a city by the beach. The views change every day and it's never the same. 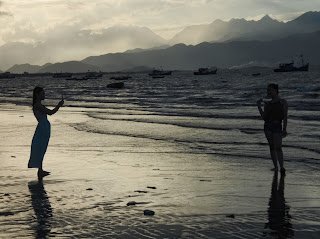 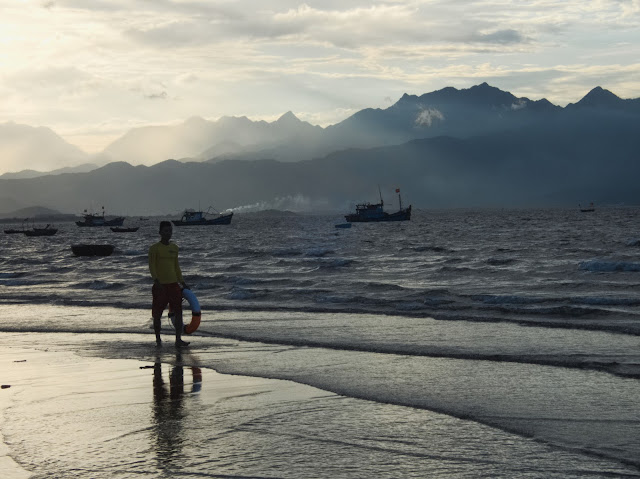 In terms of photography it's really nice and you always have something to take photos of, even if it's just the sky and clouds. 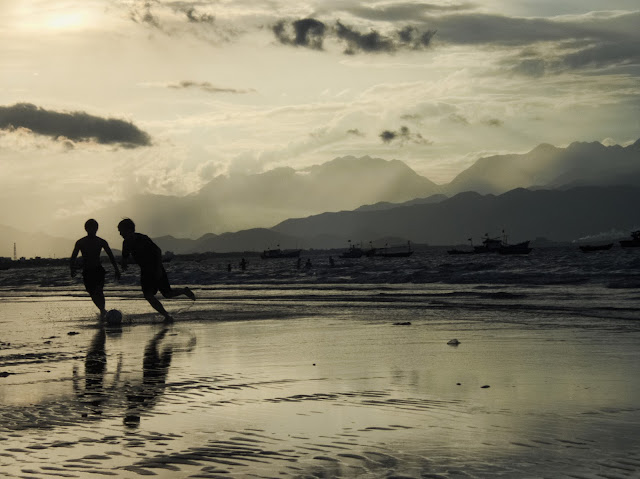 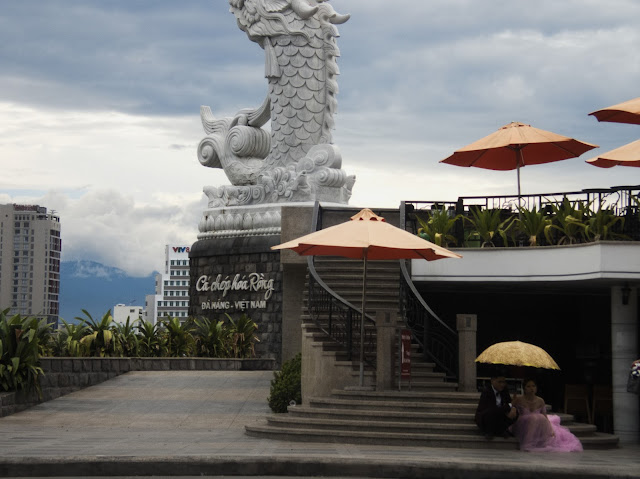 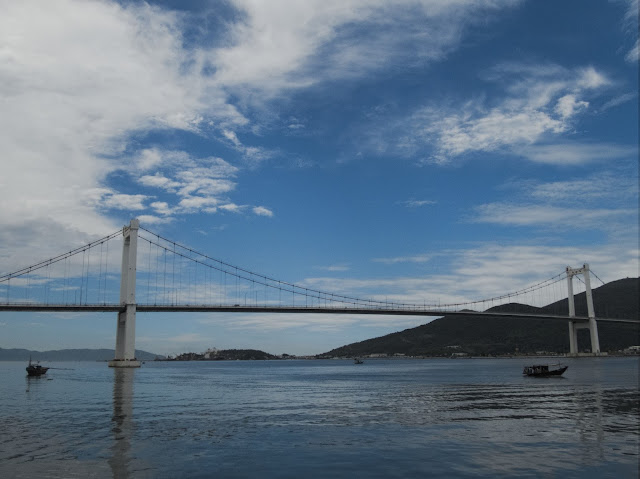 Not a series by any means but I just liked all and figured I show more sides of Da Nang. 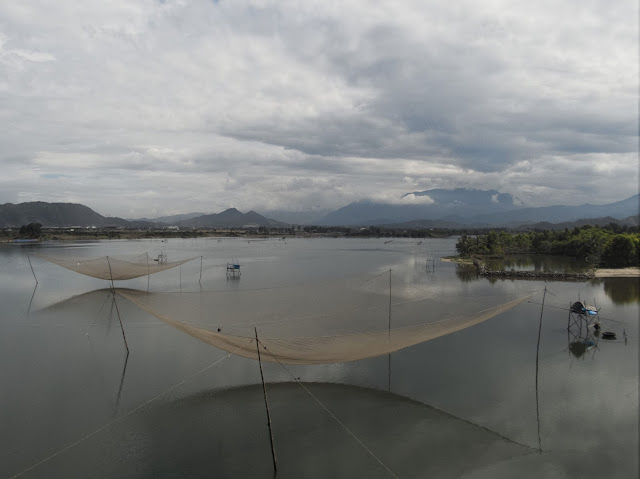 
I realized that I've never featured my new 'fun' bike on my blog or on photos yet. Here's the first photo of my new Honda Cub 50cc bike. It's a cool bike and as old (or young) as I am so that's pretty cool.

I bought it for fun and to go around the city, never expected it to make it very far and certainly not over the Hai Van pass and all the way from Hue to Da Nang. Not only did it do this very well but it also managed to get me from Hoi An to Hue in 3h and this with a coffee break in Lang Co.
It shows, you should never underestimate these bikes, they might be old and not have much power but they can certainly get  you anywhere you need to go.