House on the Water

Walking Under a Stormy Sky

The Wave is Back

After a long absence, my trusty Honda Wave is back and ready for more journeys around Vietnam and other countries.
No comments:

Looking out the Train Window


To celebrate World Photography Day 2016, I thought I feature a photo on my blog I didn't post before and will tell something about it.

I took this photo at the beginning of my Around the World trip while on the train from Cologne to Copenhagen.

This photo happened mostly by coincidence and quite a bit of luck and almost no preparation. Not being a big portrait photographer, I like to take more candid portraits instead of posed portraits.

Still, while in the overnight train to Copenhagen and chatting with the other people in my compartment about my travel plans and photography one of the girls told me that she always wanted a photo sitting in front of an open train window.

Since we were in a train and had a window we could open right next to us I was happy to take said photo for her.

I did warn her that it would probably make more sense to wait till the morning given it was dark outside and there might not be much in terms of a background.

She was happy to try it and for her it was more about the wind in her hair and capturing this instead of any views outside.

The Ricoh GR with a fixed 28mm f2.8 lens is not an ideal portrait camera but it had to do for this photo. I set it up to TAv mode at f2.8 and after some test photos decided on 1/60 since it seemed to cope well with the train movement and dim light inside the carriage, while keeping the ISO low enough.

The train was passing by some lit up houses, some railroad crossings but it was going too fast to be able to predict when the next lit up place would pass by the window.

To make sure the wind was coming towards her, I had to face the opposite way of the driving direction, not letting me even anticipate anything lit up passing by the window.

But as luck had it, on the 2nd try we passed by this railroad crossing and without seeing or anticipating it, I took the photo just at the right time. She was very happy with it and try as we might, we didn't get any other photo as good as this.

So I will celebrate this World Photography Day with the knowledge that photography is sometimes all about the luck of being in the right place at the right time and pressing the shutter button to capture a moment that will not happen again like that.

Waiting at the Red Light

Fire on the Hai Van Pass 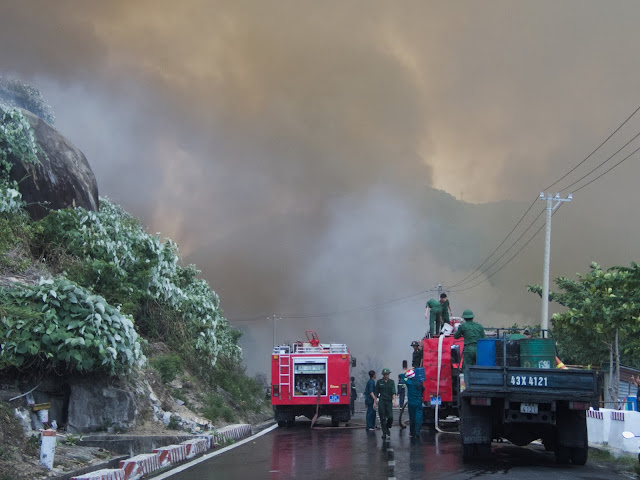 I've done the journey between Da Nang and Hue over the Hai Van pass many times now. While the views are still great, it becomes a bit of a routine so I don't pay much attention to the views at times. 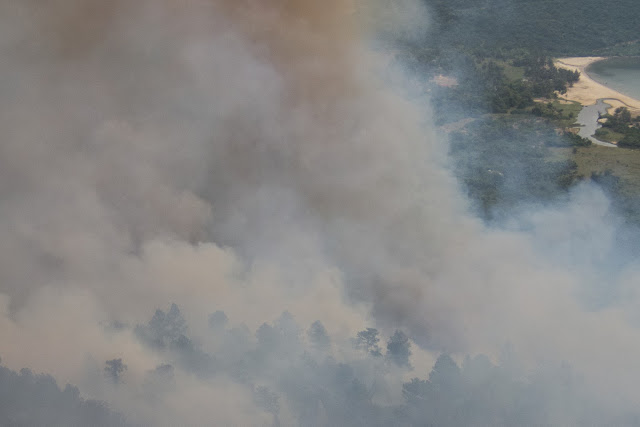 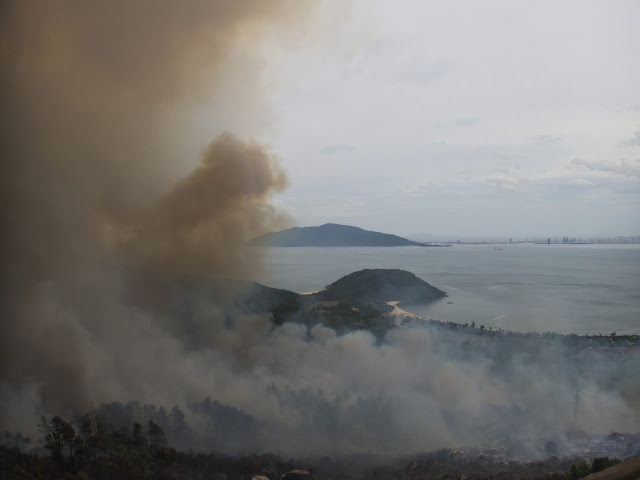 Having a big cloud of smoke over the pass did however get my attention, although at first I thought it's just the usual fire to burn fields or the jungle and make room for rice fields. 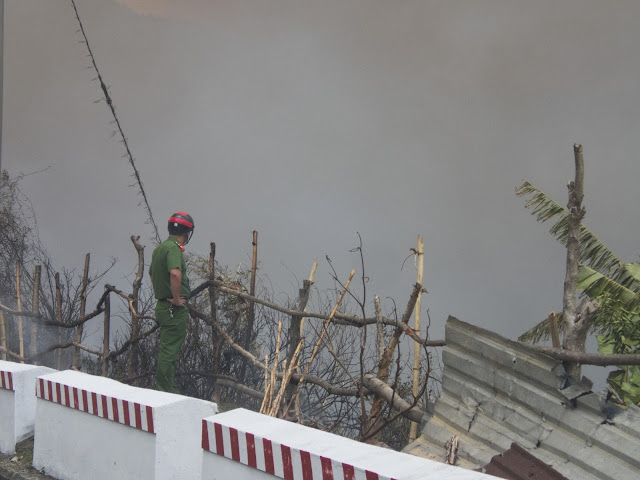 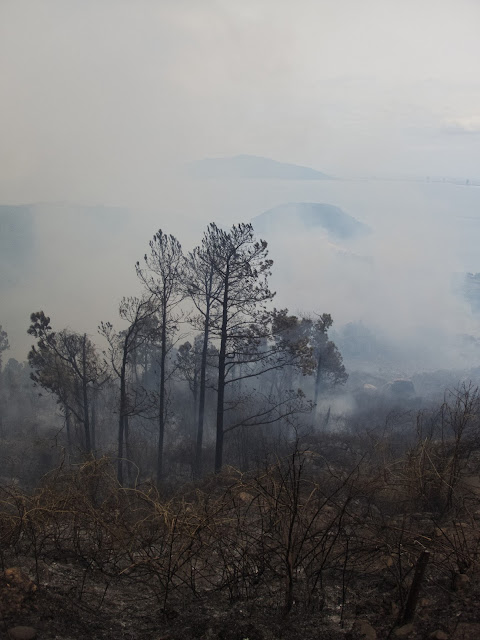 Seeing smoke or burning fields or forests in Vietnam or around Asia is nothing unusual and a common sight. When it's as big as this and you see fire engines rushing up the mountain you know something is going on. 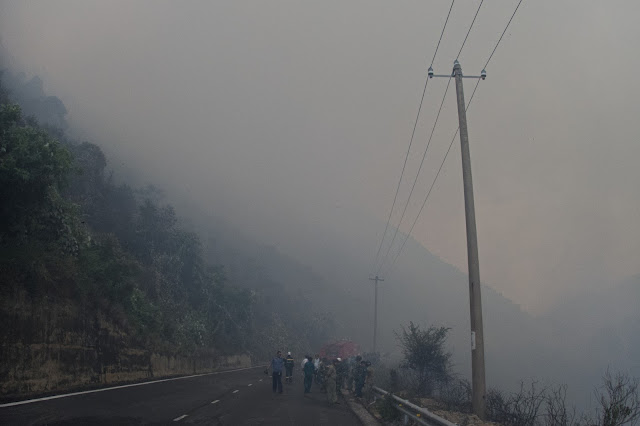 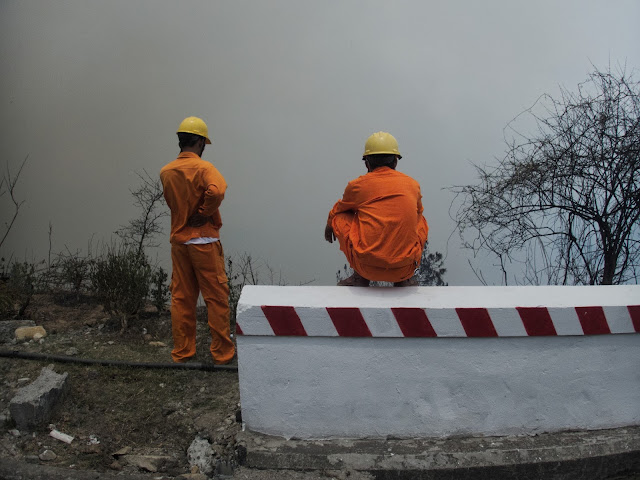 There was a big fire running both up and down the mountain, burning trees, shrubs and whatever else was part of the jungle covered slopes. 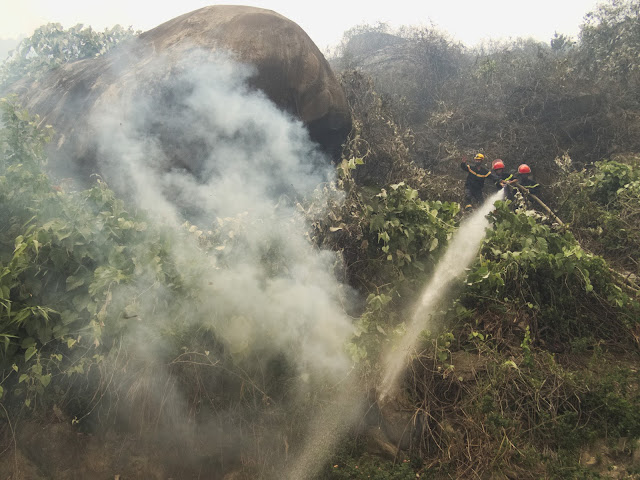 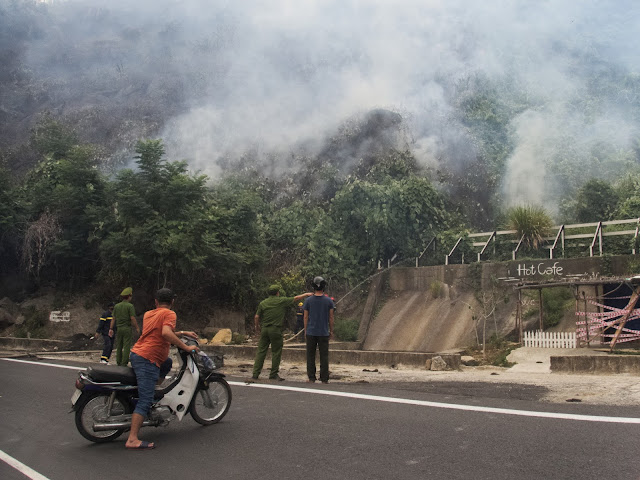 The firefighters and military were busy fighting the fires but as usual around here nobody really minds what you're doing as long as you are not in their way.
This meant I could walk around and take photos without problems or anyone saying anything.

While the road was closed, this doesn't mean much if you're on a motorbike. As soon as they moved the fire engines I went on my bike and rove past everyone to continue my journey. 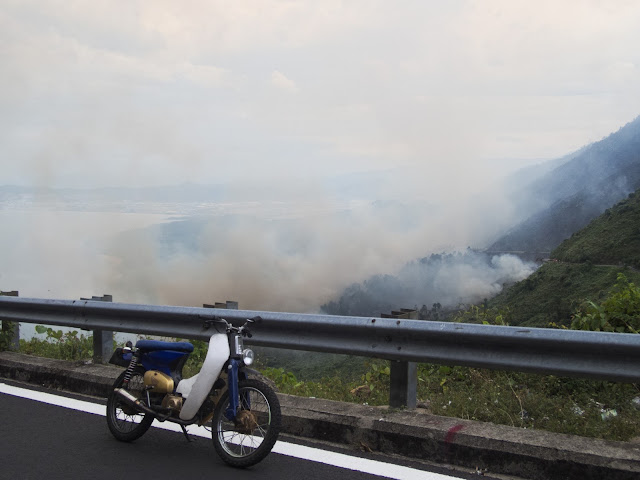 View Through the Window


What's interesting about this photo is less the broken window but more the new CCTV camera, these seem to be popping up on quite a few intersections recently. I guess Big Brother is always watching, no matter where you are.
9 comments: 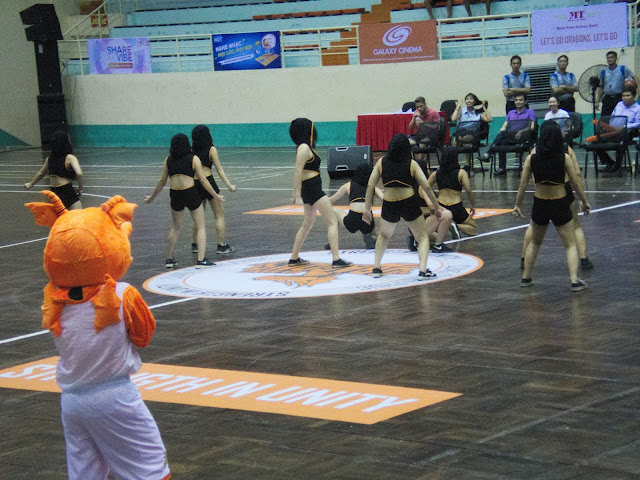 In order to do something different, I decided to go to see a VBA game here in Da Nang. 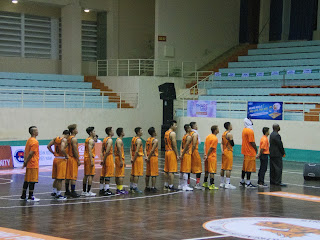 It was a game between the Da Nang Dragons and Saigon Heat. While the game is part of the official VBA, the game was played in a basketball court not much bigger than the typical university gym. 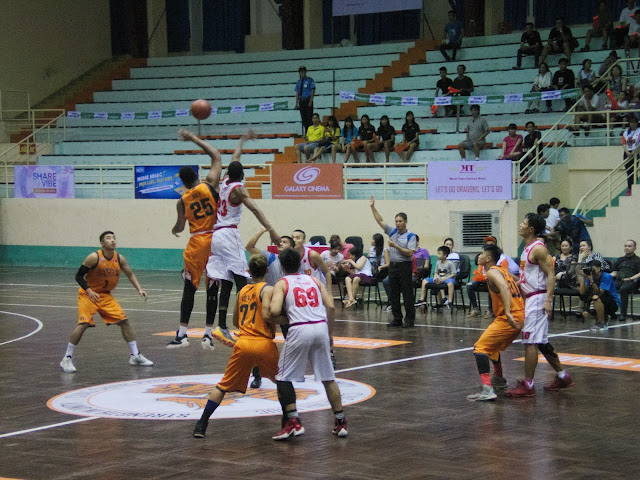 This made it more fun though (aside from the heat inside) and gave it a more relaxed vibe. 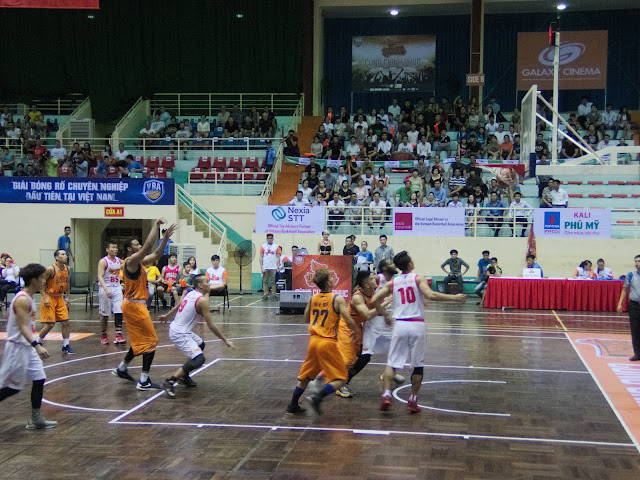 I've never sat through a basketball game but this one was exciting and the supporters were great at cheering and having a good time.

It's been a very close game with Saigon Heat winning by just one point with 64 to 63 in the last few seconds. 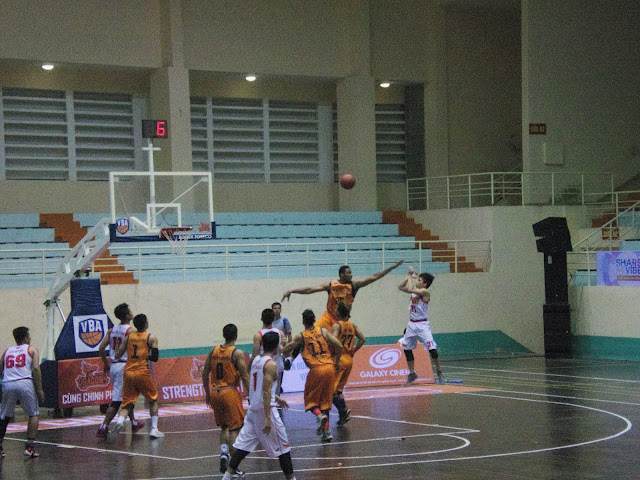 I will certainly be back for another game during the season as it's been great fun.

Just a Boat on the River

Sunset over the Harbor

Catch me if you can