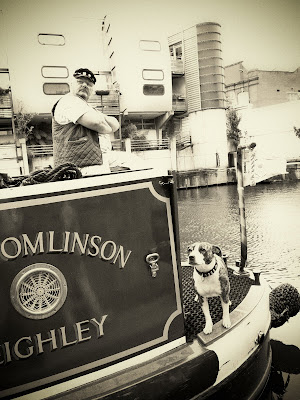 
Today was the 2nd Ricohforum meetup. The weather was grey and it started with some light rain, overall it did not look great for our planned walk.
There were not as many people attending this time but we had a great time and it stopped raining just when we went out for the walk.
We met a few people, who could not make it earlier, when we got to the bar at the end of the walk. We had some interesting discussions along the way and as expected took lots of pictures. 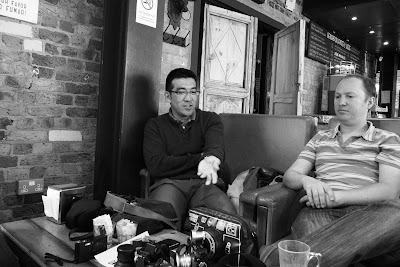 It has been a while since our 1st Ricohforum meetup in December so we decided to organize another meetup. This time we planed a walk from Kings Cross to Camden and then finish up in Primrose Hill. 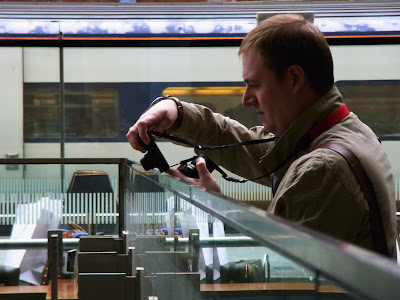 Last time nobody from Ricoh could make it but we had a great replacement in Frazer Allen from Alpha Digital, this time however we had Tohru and Yasunori from Ricoh joining us.
Tohru also brought along the famous Ricoh GR M-mount lens so we could try it out on Tom's Epson RD-1. It certainly is a very nice lens and very well made. Compared with Tom's Hexxar 28mm f2.8 lens it is much smaller although heavier. 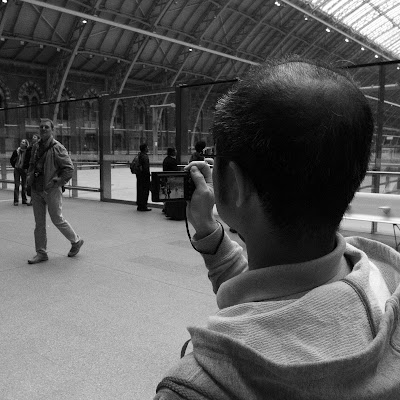 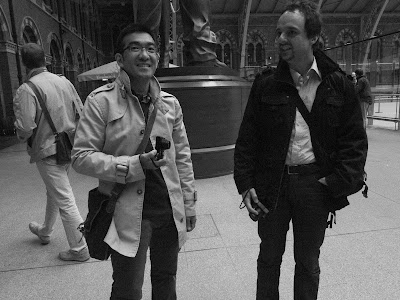 After having a few coffees we started our walk and headed for the St. Pancras station to take some pictures in there. It is a great place to take pictures and we spent quite some time walking through. 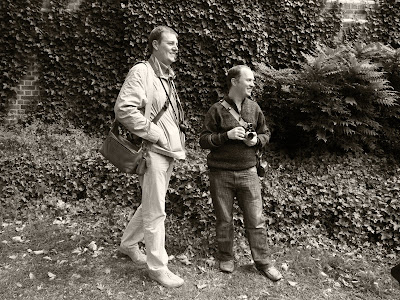 The next stop before was the St. Pancras Old Church and graveyard where we took pictures of the old gravestones before getting to the canal. 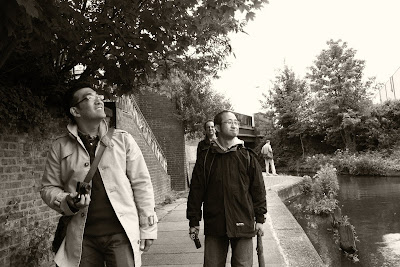 The walk along the canal was nice and gave us more time to chat about cameras before heading into Camden where we got some lunch and then split in smaller groups to go and take pictures. Camden is a great place to take pictures of people because there are a lot of very strange characters around. 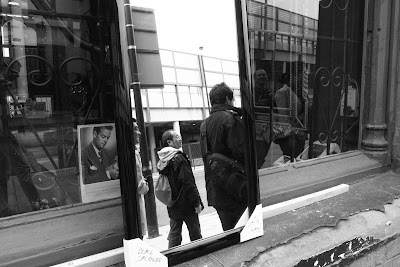 Afterwards we all met in a bar for a quick pint before heading to Primrose Hill and then to the last bar where we met up with more people who could not join earlier. We had an interesting discussion and kept trying to extract more details about the upcoming Ricoh cameras but Tohru kept quiet about this. 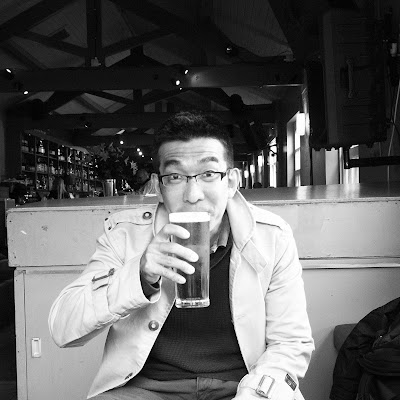 Unfortunately not as many people as expected turned up but we still had a great time. The meetup was great and it is always nice to meet people with similar interests and find out how they ended up with a Ricoh camera. The build and controls are for everyone the main reasons for this and if you use a Ricoh camera you know why. 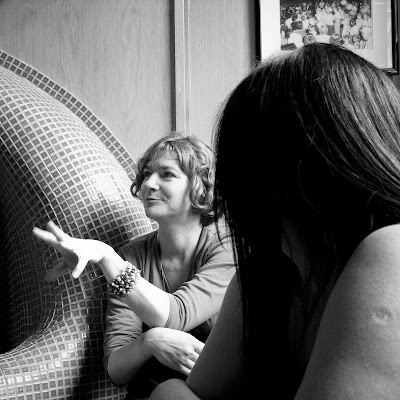 There were a few rumors regarding the next Ricoh camera and we also had the first leaked pictures of the Olympus E-P1 to discuss at various stages during the day. Ricoh is not keen on starting or confirming rumors and keep tight about any upcoming cameras so we could not extract too much information from Tohru.
What looks certain is that the new Ricoh camera will be released between July and October and it could be the GRD III or a camera replacing the GRD series as the CX1 did with the R series. This camera could be the rumored interchangeable lens camera although it is not certain how big the sensor will be or what sensor it will use other than it will most likely be a CMOS sensor. It will have a screen like the CX1, a fast AF and continous shooting mode.
Another interesting comment was that there will be no GX300 and if there will be a successor in any form it won't be out before next year, Ricoh always has a 2 year run of their high end models and only updates the R/CX-series every 6 months.
There are no plans either to release a firmware update to add RAW to the CX1 or allow to turn the noise reduction fully off on the CX1, GRD II or GX200.
Ricoh does not see the video mode as important so having HD video recording in their new cameras will not be a priority. 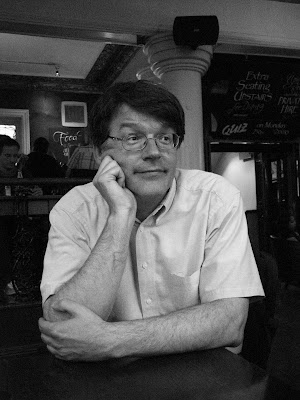