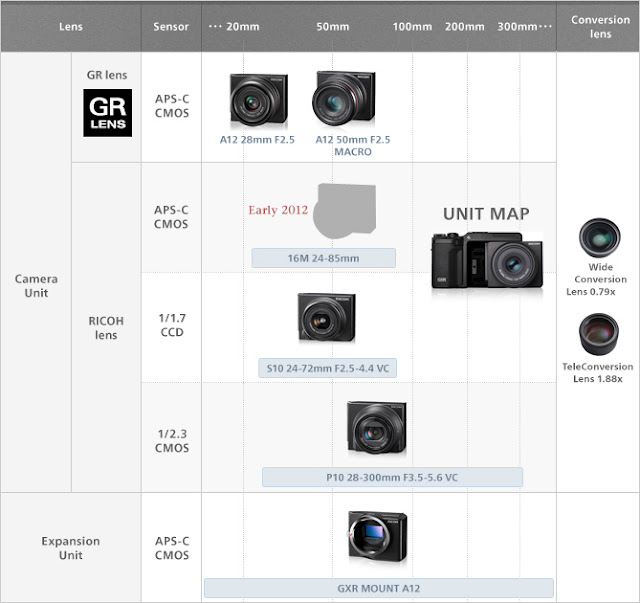 Today, Ricoh has pre-announced their latest GXR camera unit as mentioned in my HK meetup post.
It's the new APS zoom module and while not all details have been made public I got some details from Ricoh regarding the module.

As you can see in the above image it will feature a 16 MP sensor, have a 24-85mm zoom and the lens will not be GR labelled. Further it should be relatively big as it will not collapse like the Olympus m4/3 kit zooms for example.

The release was planned for the end of this year but the flooding in Thailand caused delays sensor production so it has been pushed back slightly.

UPDATE: I have made some changes to the post as I am awaiting further information from Ricoh on a few points.

UPDATE 2: No further information, other than the display at PMA & CES 2012 was for the press only. I would expect the module to be announced and released in the next month (maybe at C+ in Japan) but have no further confirmation yet.

UPDATE 3: I have received more information from Ricoh and will prepare a special post for this.

UPDATE 4: The official announcement is out and available here.